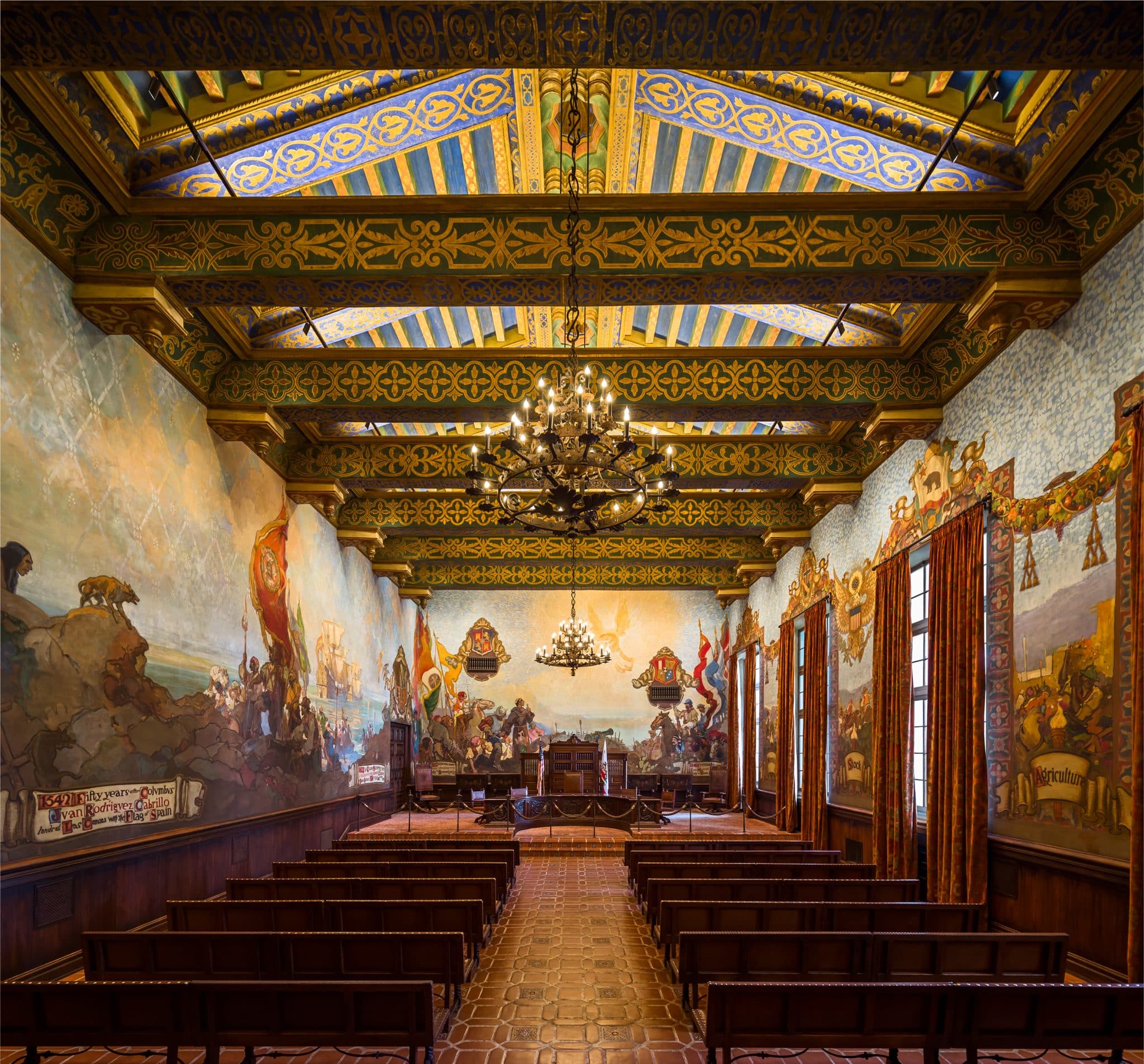 At the Santa Barbara County Courthouse, the Mural Room’s glorious ceiling is newly illuminated as part of a full restoration completed in 2015. Lighting designer Ann Kale chose VLT’s EssentialLEDs to reveal the beauty of John B. Smeraldi’s stunning artwork, an area that had been lost in darkness since its creation 80 years ago. VLT’s slender 8SL extrusions sit inconspicuously atop the massive beams, while their high-output LED boards project beautiful light onto the ceiling above.